Why Is BJJ So Popular

The sport of Brazilian Jiu Jitsu has exploded in recent years. Despite having a solid following for decades, Bjj has only recently established itself as a world wide sport amongst men and women of all ages. There are a number of factors contributing to this success. The rise in popularity of martial arts has been a huge contributor. With mixed martial arts organizations such as the UFC and others becoming a regular fixture in mainstream culture, all martial arts would be set to prosper. Bjj also received the public support of many famous figures including Joe Rogan, Demi Lovato and Jonah Hill, all of whom train in Bjj. In addition to the above, Bjj is also a highly accessible sport. Regardless of age and physical capability, the technique required is a huge equalizer of ability. This allows men and women, young and old to train with each other as opposed to segregated groups in other sports. Below, I expand on the points above and consider how BJJ has become so popular in recent years.

Why BJJ So Popular to all

The Rise in Popularity of Mixed Martial Arts

The first UFC event took place in 1993. Although not an instant global hit, the event marked the start of MMA on a world stage. The hero of that event and many subsequent events was Royce Gracie who’s family are considered the pioneers of modern BJJ. Since then, the UFC has gone on to promote super stars such as Conor McGregor, Jon Jones and Georges St-Pierre. Bringing MMA onto an international platform allowed more people than ever to witness the effectiveness and intricacies of Bjj. In modern MMA, a solid understanding of Bjj is a prerequisite so many fights feature some aspect of grappling and the ground game. Without a doubt, there are people (myself included) who wanted to participate in some aspect of Martial Arts without the risk of repeated injuries (and getting hit in the head). Bjj is the perfect bridge between the two. Nowadays over 1 million people tune in for a big UFC fight. A huge percentage have likely been influenced into starting Bjj as a result.

No matter what your opinion on Joe Rogan, his positive impact on Bjj cannot be overstated. With a podcast audience of tens of millions per month, Rogan’s regular endorsement of the sport has led to huge spikes in Bjj academies around the world. Rogan often talks about the effectiveness of Bjj in self-defense, the benefits it has for mental health, and the positive side effects on physical well-being. Somewhat surprisingly, one of my first coaches revealed that the majority of students on the mat were driven to do so after listening to Joe Rogan’s podcast. Rogan is not the only one. Bjj is becoming more popular among celebrities. Demi Lovato (no relation to Rafael Lovato) is one of the most well-known examples. Lovato has spoken about how Bjj has helped her through her battle against addiction. She speaks to the mental health benefits of training in such a physically demanding sport. Other celebrity students include Jonah Hill, Ashton Kutcher, Tom Hardy and Keanu Reeves (check out his Bjj skills in the John Wick movies).

BJJ is an Accessible Sport

Walk into any Bjj gym in the world and you will see people of all ages, sizes and abilities. One of the most attractive aspects of Bjj is that technique really does matter. Unlike some other martial arts, the smaller fighter really can beat the bigger guy. Although the top level Bjj competitors may be fitter and stronger than most, your average student is somebody who deeply understands the technique. I first experienced this in my first week of sparring. In that week, I was tapped out by a young guy half my age, a mother half my size and somebody who seemed physically identical to me. In addition to the focus on technique, Bjj is also a full-contact sport. Although there are much fewer injuries than sports such as Rugby and American Football, Bjj provides an outlet to test yourself against others. For many people, they find Bjj after they stop playing another sport. It may seem like a transitional sport at first but people soon realize that they have an equal amount of passion for Bjj as they did their previous sport. No matter what your athletic ability, Bjj really is a sport for all.

What are some key reasons you think Bjj has gotten so popular in recent years? Let us know in
comments 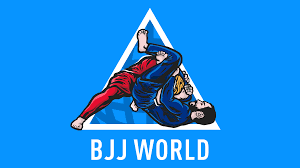 Article Name
Why Is BJJ So Popular
Description
Some of the key reasons BJJ has exploded in the last few years are: the increased popularity of MMA, the influence of the Joe Rogan Experience and the accessibility of the sport to all ages
Author
OutlastBJJ
Publisher Name
OutlastBJJ
share this
Tagged as bjj Brazilian Jiu-Jitsu
related posts

What to Bring to BJJ Class

The 4 Most Important Lessons From BJJ